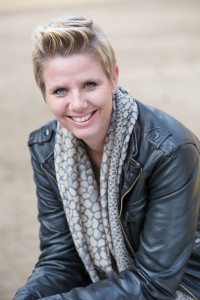 Her love of movies led her to pursue a career in film. She has held every position in movie production from a PA to a producer. She worked in development at Warner Bros. The last 9 years Caroline has worked for Fox Sports, doing live games as an associate director, where cool-headed, fast on-air decision-making – in a matter of seconds – is required.

Caroline’s extensive knowledge of movie- and stage productions, as well as Live TV, has been her strength as a producer. She knows and understands every aspect of it. She is able to keep thing running smoothly, stay calm, and make her crew and cast happy.

Caroline just finished co-producing “The Man behind the Throne”, a documentary about Vincent Patterson, the main choreographer behind Michael Jackson, Madonna and many others.

She recently produced the award-winning feature film “A Reason”, helmed by director Dominique Schilling, starring Marion Ross, Roxanne Hart, Magda Apanowicz and Nick Eversman. The film had a theatrical release in Aug 2015 and is now available On Demand & DVD. She won the Jury Award “Phenomenal Woman in Film” at OUFF for producing the film.

She also has a new feature film in development with Dominique Schilling titled “Little Girl, Big Eyes”, scheduled to shoot in 2018. Caroline’s goal in life is to tell stories that stay true to the art, that people can relate to and will touch their hearts and lives.